What impact does your training flight have? 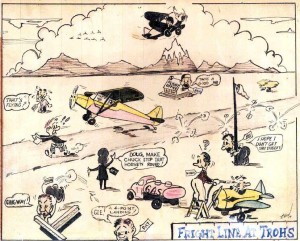 Members of the AFTW, at its November meeting, raised the following discussion topic:

Consider the following as flight instructors and students share the National Airspace System:

An instructional flight files an IFR flight plan (in VMC) and after departing in accordance with a clearance asks for a change in routing to deviate to another facility or airport early in the flight.