Why are some VORs neither true nor magnetic? 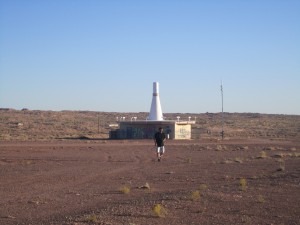 Ever wonder why neither True North nor Magnetic North seem to match up with your VOR, despite your best flight planning calculations?

That VOR could be off as much as 6 degrees.

Here’s an explanation from the AeroNav division of the FAA:

“When a navaid is first constructed, the antenna is physically oriented to True North. Then a potentiometer adjustment is made to slave the navaid with Magnetic North. This action matches the isogonic line making it agree with a magnetic compass. Initially these two values are the same, but the magnetic variation of the earth changes at differing rates depending upon location and time. Navaids are commissioned and remain online 24 hours per day 365 days per year. Although periodic maintenance is performed as needed, a re-slaving to match the isogonic value requires a total navaid shut down, re-alignment and a re-certification flight check. Only when the navaid is out of tolerance by at least +/-6 degrees will a re-slaving procedure be initiated allowing the navaid and airport magnetic variation to match again.
Note: GPS databases use a MAGVAR model to calculate the most up-to-date magnetic variation.”